When I mentioned to a patient I was writing a blog on yoga for post-traumatic stress disorder (PTSD), she poured out her story to me. Her ex-husband had been abusive, first verbally and emotionally, and then came the day he shook her. Violently. She considered taking her own life in the dark days that followed. Yoga, particularly the meditation aspect, as well as other counseling, brought her to a better place over time. Decades later, she is happily married and has practiced yoga faithfully ever since. Sometimes a therapy’s anecdotal evidence is so powerful academic research is merely icing on the cake. 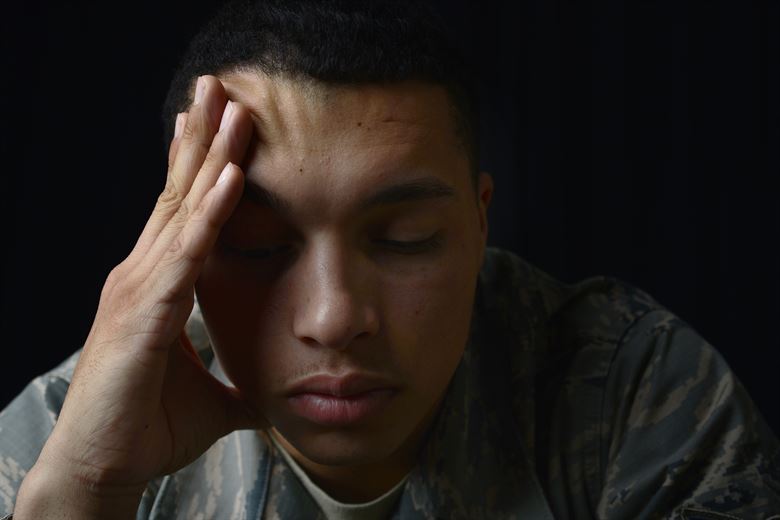 Walker and Pacik (2017) reported 3 cases of military veterans showing positive outcomes with controlled rhythmic yogic breathing on post-traumatic stress disorder. Yoga has been theorized to impact the body’s reaction to stress by helping to modulate important physiological systems, which, when compromised, allow PTSD to develop and thrive. This particular study focuses on 3 veterans with PTSD and their responses to Sudarshan Kriya (SKY), a type of pranayama (controlled yogic breathing). Over the course of 5 days, the participants engaged in 3-4 hours/day of light stretching/yoga, group talks about self-care and self-empowerment, and SKY. There are 4 components of breathwork in SKY: (1) Ujjayi (‘‘Victorious Breath’’); (2) Bhastrika (‘‘Bellows Breath’’); (3) Chanting Om three times with very prolonged expiration; and, (4) Sudarshan Kriya, (an advanced form of rhythmic, cyclical breathing).

This study by Walker and Pacik (2017) included 3 voluntary participants: a 75 and a 72 year old male veteran and a 57 year old female veteran, all whom were experiencing a varying cluster of PTSD symptoms for longer than 6 months. Pre- and post-course scores were evaluated from the PTSD Checklist (a 20-item self-reported checklist), the Military Version (PCL-M). All the participants reported decreased symptoms of PTSD after the 5 day training course. The PCL-M scores were reduced in all 3 participants, particularly in the avoidance and increased arousal categories. Even the participant with the most severe symptoms showed impressive improvement. These authors concluded Sudarshan Kriya (SKY) seemed to decrease the symptoms of PTSD in 3 military veterans.

Cushing et al., (2018) recently published online a study testing the impact of yoga on post-9/11 veterans diagnosed with PTSD. The participants were >18 years old and scored at least 30 on the PTSD Checklist-Military version (PCL-M). They participated in weekly 60-minute yoga sessions for 6 weeks including Vinyasa-style yoga and a trauma-sensitive, military-culture based approach taught by a yoga instructor and post-9/11 veteran. Pre- and post-intervention scores were obtained by 18 veterans. Their PTSD symptoms decreased, and statistical and clinical improvements in the PCL-M scores were noted. They also had improved mindfulness scores and decreased insomnia, depression, and anxiety. The authors concluded a trauma-sensitive yoga intervention may be effective for veterans with PTSD symptoms.

Domestic violence, sexual assault, and unimaginable military experiences can all result in PTSD. People in our profession and even more likely, the patients we treat, may live with these horrors in the deepest recesses of their minds. Yoga is gaining acceptance as an adjunctive therapy to improving the symptoms of PTSD. The Trauma Awareness for the Physical Therapist course may assist in shedding light on a dark subject.